The Mystical Significance of the Number “108” 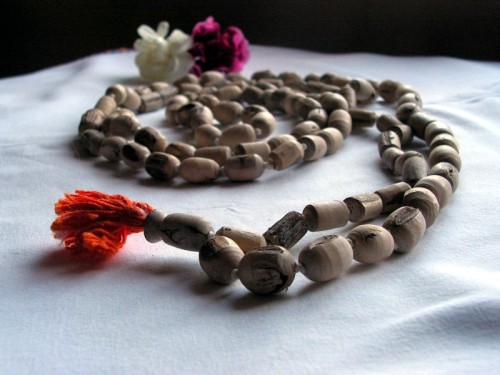 In the practice of feng shui, the number “108” has great mystical significance.  In BTB feng shui (Black Sect Tibetan Buddhist) feng shui we use the number 108 in our sacred ceremonies and rituals. We chant mantras 108 times and we do 108 mudras (hand gestures).

In mathematical terms, the number 108 is significant in that it represents:

108 is an Abundant Number

An abundant number, according to wikipedia, is a number for which the sum of its proper divisors is greater than the number itself. That is very interesting. The number 108 relates to abundance – a common intention in feng shui work! Abundance not only of finances, but opportunities, family and romantic relationships, creativity, fame,  and most importantly, health.

In mystic terms, many Eastern spiritual traditions hold sacred the number 108. Tibetan and Tantric mala, like the rosary, has 108 beads. The inner Sarsen Circle at Stonehenge is 108 feet in diameter.

108 is a number referring to spiritual completion by the early Vedic sages of India, founders of our numbering system. It is known as a “Harshad” number, meaning that the it is divisible by the sum of its digits. Harshad in Sanskrit means “joy-giver” and represents the whole of existence.

Hindu deities have 108 names and the reciting of these names with the use of the Mala beads is a sacred ritual and often done during ceremonies. In Ayurveda there are 54 energy points on both the female and male bodies, totally 108 in all.

In the yogic tradition, a practice of 108 Sun Salutations can be used to honor change or the coming of a new season or in times of tragedy to bring peace and calmness. I have practiced the 108 Sun Salutations with my yoga community to welcome in the New Year, which is a beautiful experience.

In Buddhist tradition, there are said to be 108 defilements, 108 earthly desires, and 108 human delusions that must be overcome. Japanese Buddhist monks ring the bell 108 times to close the old year and ring in the new year. Each ring representing one of the 108 temptations human beings must overcome before they can reach nirvana.

With much gratitude to the author(s) of this article where much of the mystic information was learned from.

Image credit:  By GourangaUK. (Own work; transferred from en.wikipedia.)


The Ineffable Plan – And Our Dark Places…

How May I Assist to Inspire New Beginnings?

What Hidden Things Can Your Home Share About You? – Part Two